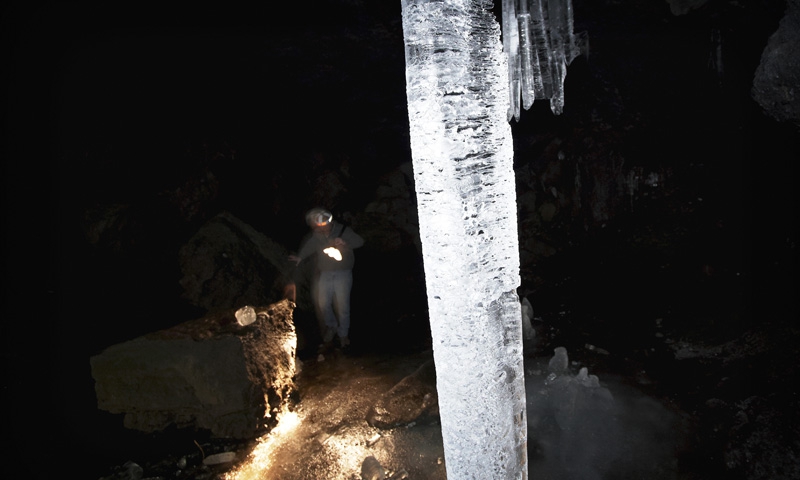 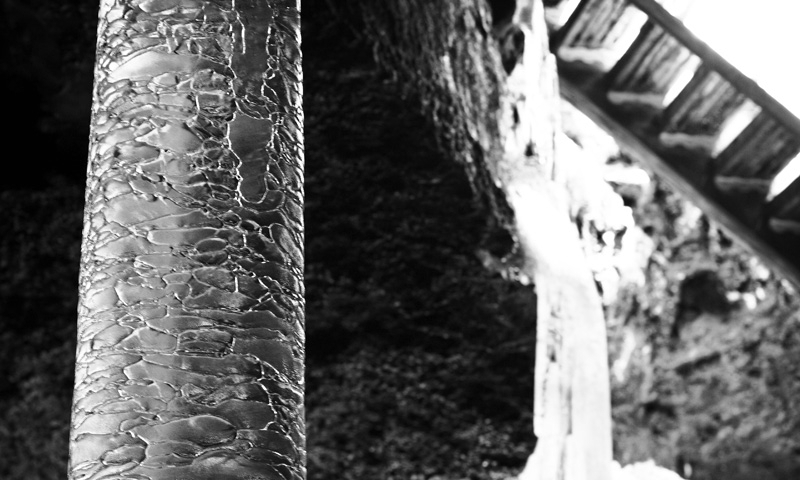 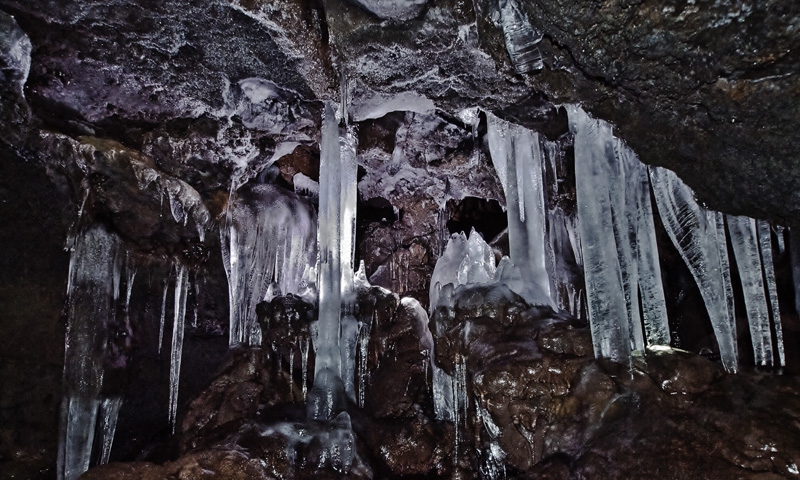 If spelunking attracts your adventurous side, a visit to the Guler Ice Caves in the Gifford Pinchot National Forest near Trout Lake will interest you, regardless of your caving skill level.

Under the sleeping volcanoes of the Cascade Range, ancient lava flows created tube formations through which volcanic gases once vented. Today these lava tubes, decorated with ice, form caves that delight and entertain spelunkers of all ability levels. One such lava tube cave system lies near Trout Lake in the Gifford Pinchot National Forest—the Guler Ice Caves. Guler’s underground chambers are relatively small, about 650 feet long, and shallow enough for even novice cavers to explore. And the caves’ ice formations—stalactites, stalagmites, columns, fans, and boxworks—are spectacular.

From Hood River, take the Hood River Bridge across the Columbia to Washington and turn left (west) on Highway 14. Drive west from White Salmon about 2 miles and turn north on Route 141 toward Trout Lake; turn west on Forest Route 24 (Carson-Guler Road) and travel 5.5 miles to the Guler Ice Caves.

The caves are open Memorial Day through November 15 during daylight hours.

Spelunking is the main activity to experience at the Guler Ice Caves. No light is provided, so visitors should bring strong flashlights and extra batteries. And dress warmly, as even on hot summer days the temperatures below the surface can be quite chilly.

The lava tube ice caves under the Cascades once were used as natural refrigerators. The Native Americans stored their huckleberry harvest there, and early taverns in The Dalles, Oregon used cave ice to chill their beverages.