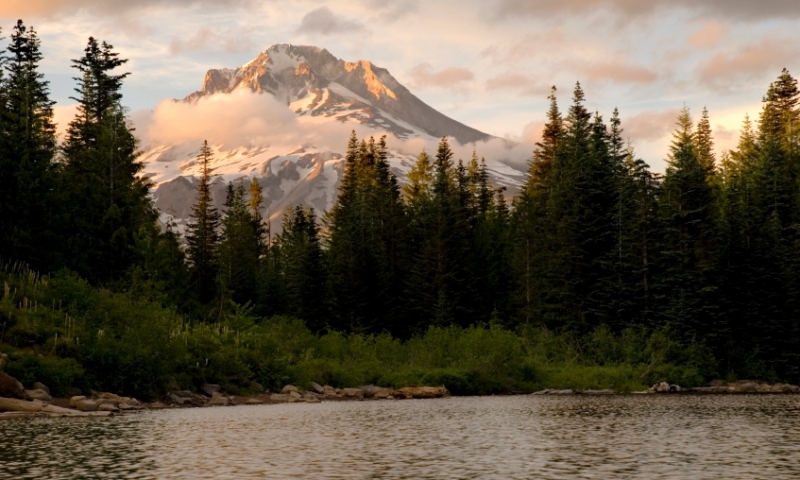 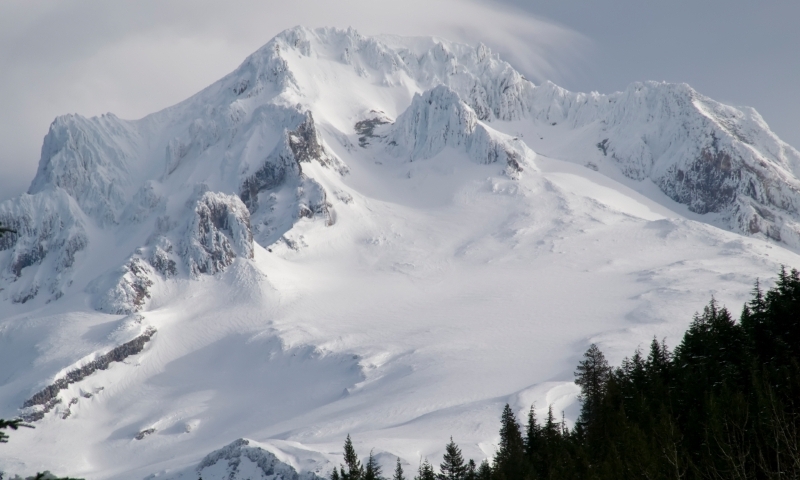 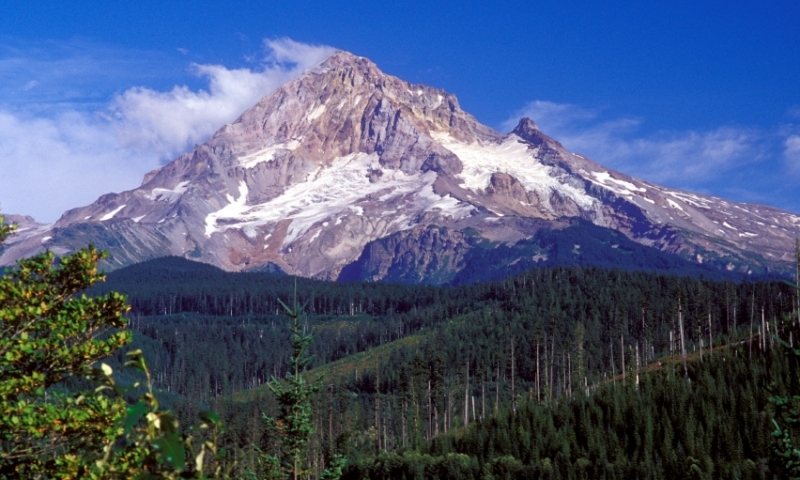 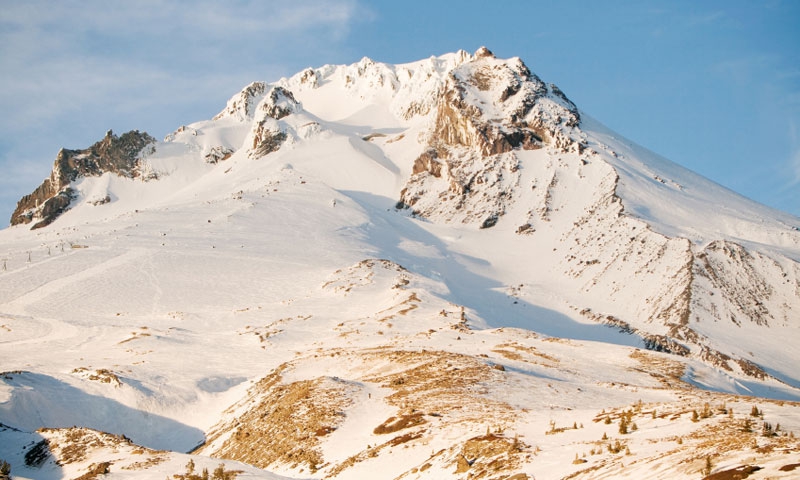 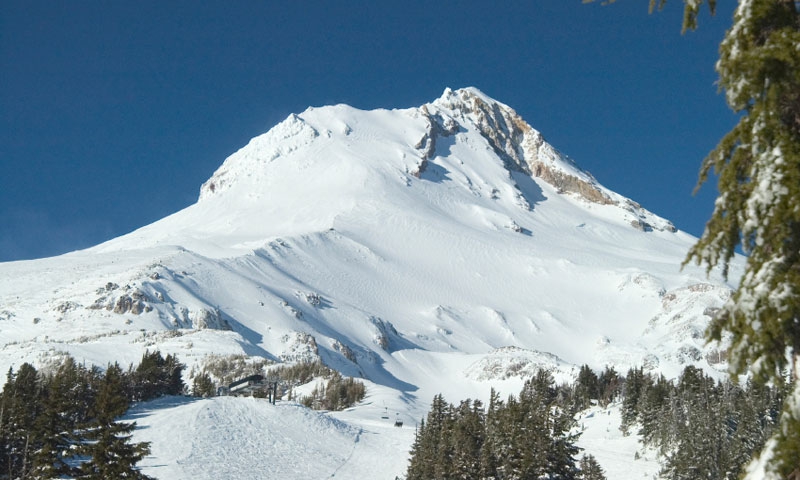 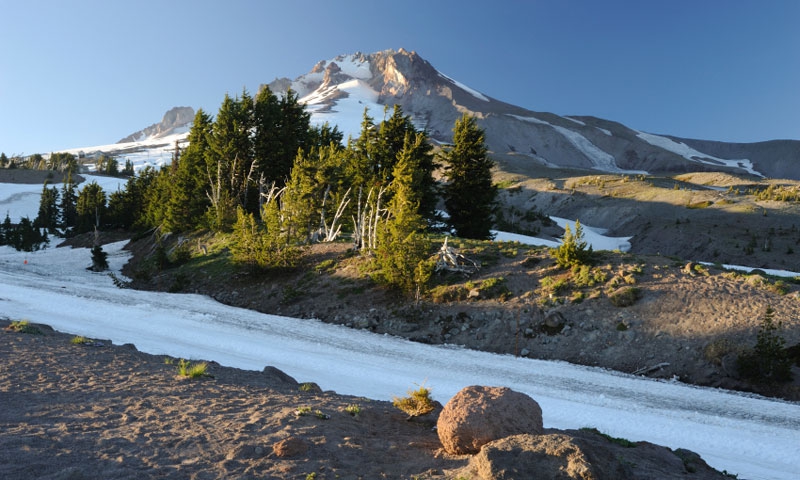 The highest mountain in Oregon and the fourth highest peak of the Cascade Mountain Range is Mount Hood. At an elevation of 11,245 year-round snowcapped peak looms large over the surrounding landscape. Mount Hood is known as a well-formed volcano and is still active and potentially dangerous.

Located on the crest of the Cascade Range, just a few miles east-southeast of Portland, Oregon and near the Columbia River, Mount Hood was formed by volcanic activity over thousands of years. However, this particular volcano is considered one of the most active and one that is most likely to erupt in the not too distant future. When the first explorers came through the area in the late 1700s, Mt. Hood had just concluded an eruption. Even today, the small lava dome sitting atop the high peak sends up steam.

The majority of the south slope of the mountain is a broad, relatively flat area that fans down to the area around Government Camp and is bounded on the east by the White and Salmon River valleys.

Geologists have concluded that one of the huge prehistoric landslides created by volcanic eruptions from Mt. Hood actually traveled completely across the Columbia River and up several miles on the opposite of the River. According to historical accounts, the most recent ash and pumice eruption happened in 1865 and came from the middle of the Crater Rock Dome. Today, fumarolic activity continues near the Crater Rock Dome. Lower on the flanks of this active volcano, you can find hot-spring activity.

If you are interested in geology, Mount Hood is an excellent example of the formation of mountains through volcanic activity and a must see while visiting in the Hood River area of Oregon.