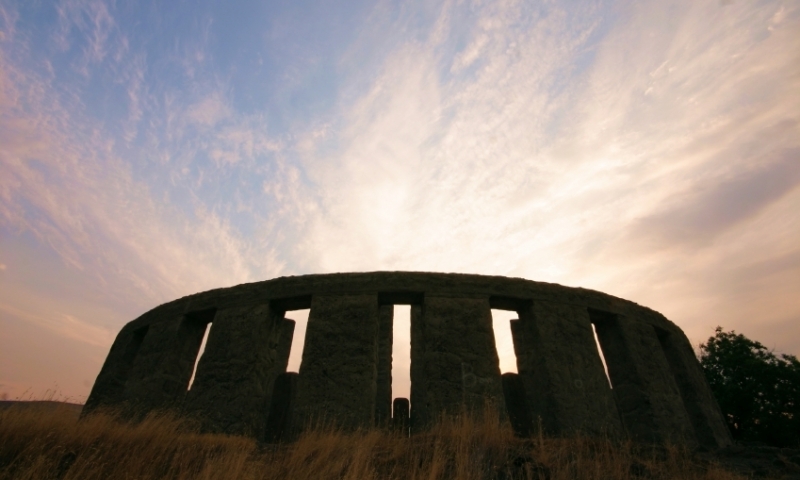 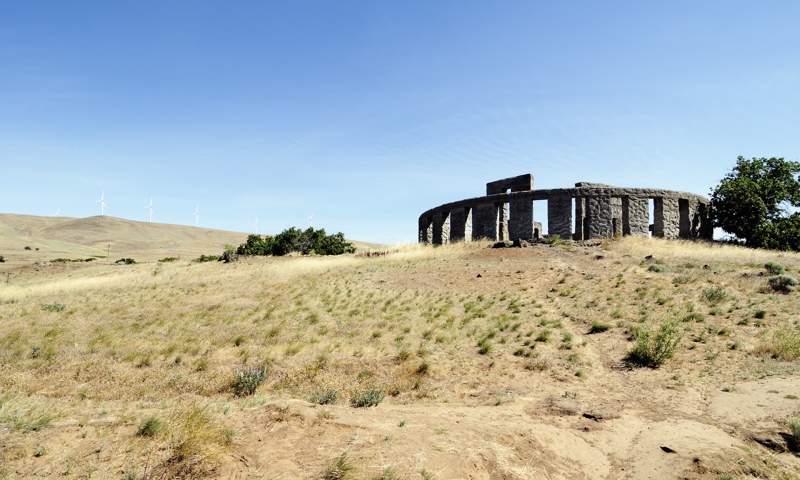 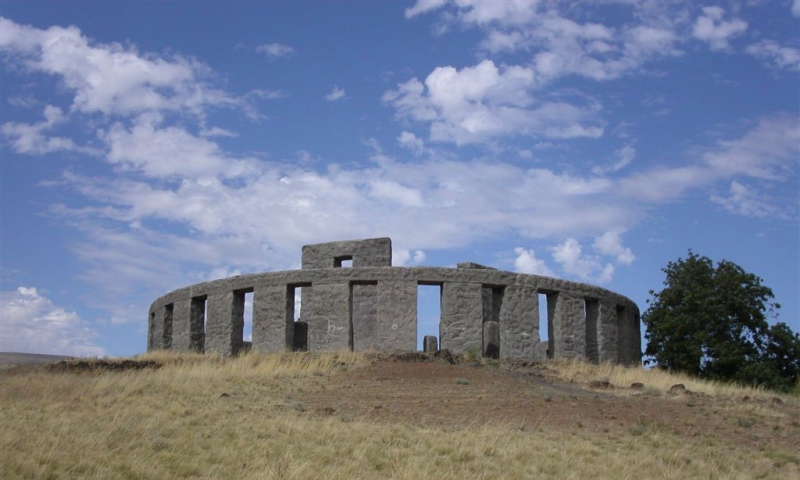 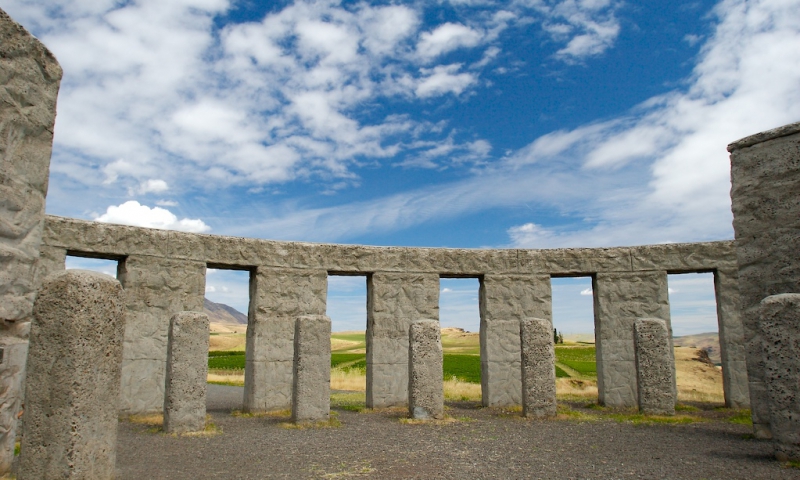 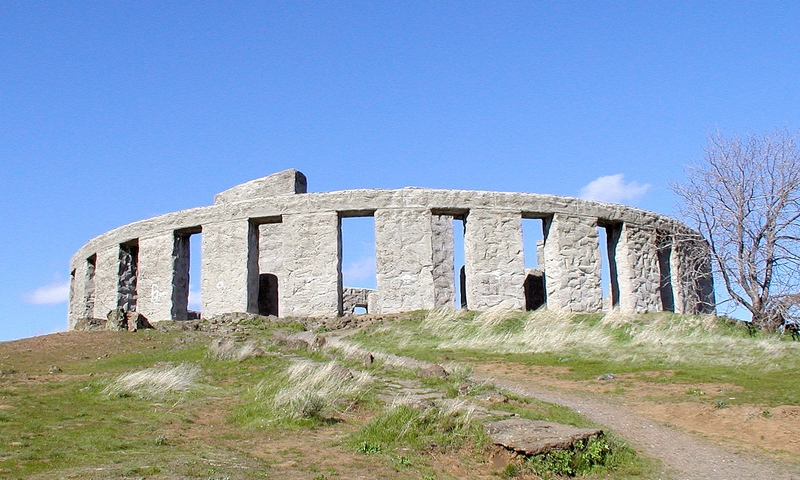 One of many replicas of England’s famed prehistoric monument, Stonehenge Memorial near Goldendale in central Washington was erected in 1918 by Samuel Hill and dedicated to the fallen WWI servicemen of Klickitat County.

While nearly everyone has heard of Stonehenge, the prehistoric rock structure in Wiltshire, England, fewer may know of the replica Stonehenge Memorial which sits near Goldendale, Washington just north of the Columbia River Gorge. This stone memorial was built by Quaker settler Samuel Hill, whose European-inspired home is now open to the public as Maryhill Museum. Hill drew a parallel between legendary Druid human sacrifices made in the original Stonehenge and World War I bloodshed, and dedicated his memorial to the Klickitat County soldiers who gave their lives in that war.

The Stonehenge Memorial is located off Washington Highway 14, just across the Biggs Bridge (Highway 97) from Biggs, Oregon. The Memorial is about 25 miles northeast of The Dalles, Oregon.

The Memorial is free to visit and open year-round.

The Stonehenge Memorial is a historical point of interest along the Columbia River Gorge. A plaque serves tribute to the fallen WWI soldiers, and the names of 13 local servicemen are placed on the pillars. The Maryhill Museum is just three miles west, and Samuel Hill’s crypt can be reached by a short walk southwest of the Memorial.