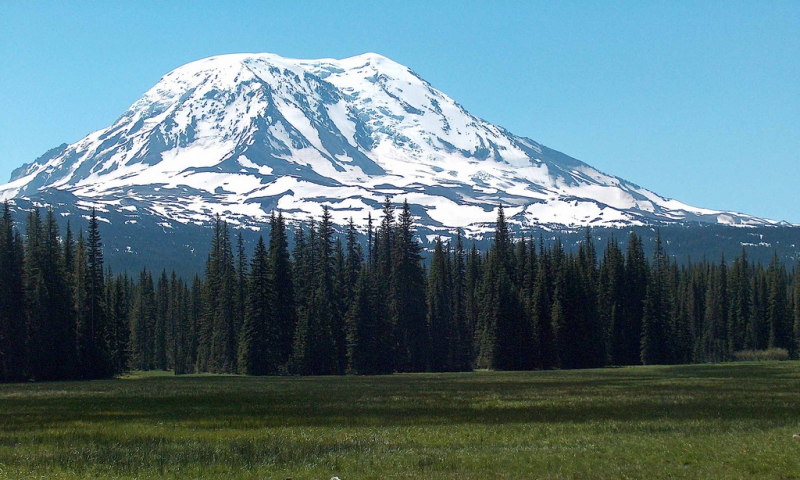 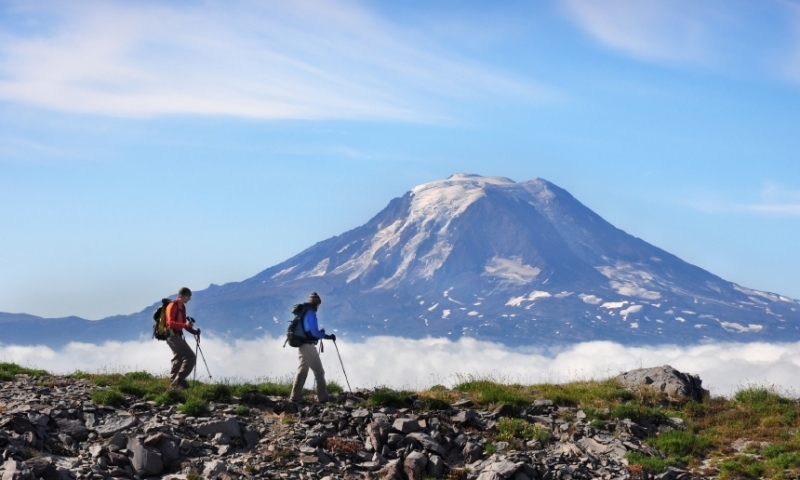 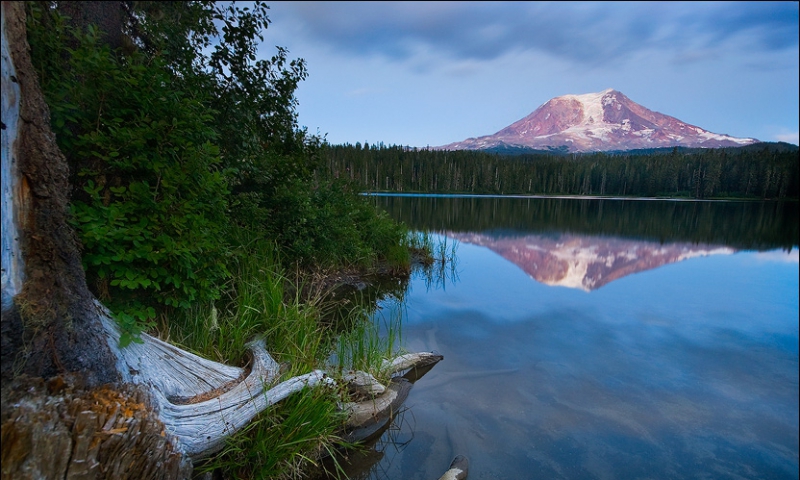 Mount Adams, third-highest summit in the Cascade Range at 12,326 feet, rises above the Gifford Pinchot National Forest; Adams forms the towering backdrop for a scenic and recreational wilderness area.

Scenic Mount Adams, one of the dormant volcanoes in the massive Cascade Range, can be viewed from the Columbia River Gorge on a clear day. Its peak is second-highest in the state of Washington and third-highest in the Cascades. The mountain is surrounded by the Gifford Pinchot National Forest, a portion of which was designated the Mount Adams Wilderness Area in 1964.

Some mountaineers consider Mount Adams the best climbing area in Washington, and many climbers attempt to scale her summit each year. Close to 900 miles of trails cross the Mount Adams Wilderness and the Pacific Crest Trail traverses Mount Adams’s flank.