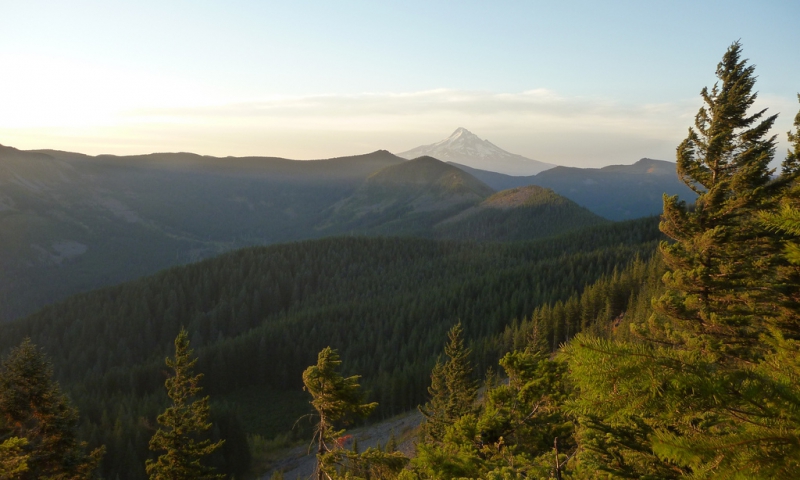 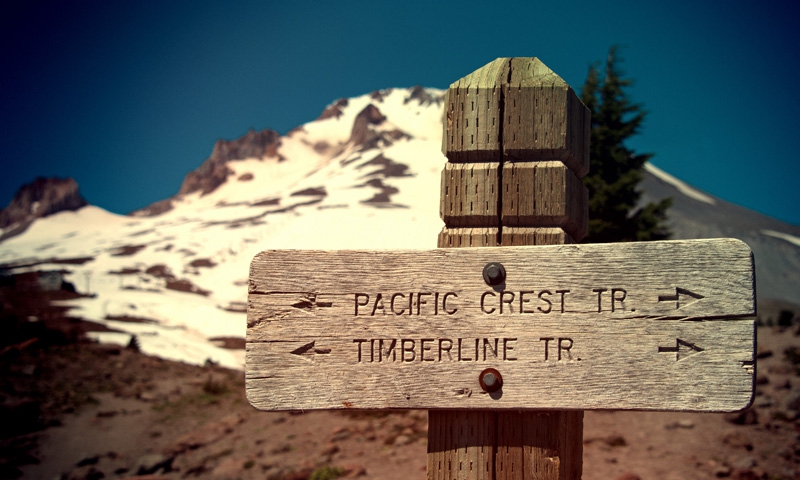 The segment of the Pacific Crest Trail that runs through Oregon is not only the shortest segment of the Trail, but perhaps also the easiest portion to hike or bike. This 430-mile section is generally accessible from July through September each year. Despite the multitude of volcanic mountains including Diamond Peak, Mt. Washington, the Three Sisters, Mt. Jefferson and Mt. Hood, progress along the trail is not difficult.

Many of the prominent volcanoes, which reach to the skies along the Cascade Mountain Range in Oregon, are readily visible from many places along the Pacific Crest Trail. In fact, the only major elevation change along the Oregon section of the trail occurs at the Columbia Gorge.

Not only is the area home to numerous volcanoes, but a multitude of lakes are also present. The lakes appear in clusters as you travel along the trail. In the southern portion, the Pacific Crest Trail crosses Crater Lake National Park and then passes along the smaller lakes and ponds of the Diamond Peak Wilderness. From there it crosses Oregon Highway 58 near Willamette Pass. Additional small lakes and ponds can be found in the Three Sisters Wilderness and north of Oregon Highway 20 in the Mt. Jefferson Wilderness Area.

In the northern area of Oregon, the Pacific Crest Trail does not contain as many lakes, but there are several sizable reservoirs. The main attraction along this section is Mount Hood and it dozen glaciers. The amount of precipitation in the Mount Hood area contributes to the dense, lush forests and wildflower covered meadows. Be on the look out in this area for mice, squirrels, beaver, deer, elk and fox.

You can access the Pacific Crest Trail at several trailheads in the area. Come and enjoy a section of this scenic pathway or spend several days backpacking in this unique and beautiful wilderness!